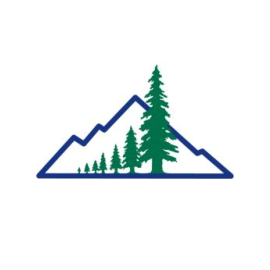 Drakes Crossing Nursery is located in the foothills of the Cascades at about 1,650’ elevation. The area is known as Drakes Crossing, named after a logging railroad line in the early 1900’s and a farm owned by an early photographer, June Drake.

The Nursery started as a night job for owners Delbert and Barbara Hupp in 1967. At that time Barbara was a part time student and an employee of a neighboring nursery that sold seedlings by mail order. Delbert worked as a logger until a logging accident required him to find a new trade. He mastered welding after the accident and moved on to work for a company in Tualatin. Originally Delbert and Barbara planted strawberries and perennial grass seed but in late 1967, after Delbert and Barbara considered some advice from an Oregon nursery inspector Barbara had met at work, they transitioned their first small field into bare-root Christmas tree seedlings. Cautiously Delbert and Barbara planted a few native Douglas fir and Noble fir seedlings with “paycheck financing” and just like that Drakes Crossing Nursery was established in early 1968.

The following years were fairytale farming for the Nursery, since the seedling business was “ripe” at this time with the explosion of nurseries in the area. All of the seedlings produced were easily sold and the Nursery started to expand with its first additional purchase of another 20 acres in 1976. Over the next 3 decades the nursery continued to steadily expand. The growth allowed for the purchase of more acreage and additional packing and storage facilities.

The organization of the Nursery changed after the death of Delbert in 2012 and Barbara’s health forced retirement. Their son Jan Hupp, who had grown up helping at the nursery, took over the day to day operations of the business. Currently the Hupps farm over 1,000 acres. Half of those are dedicated to seedling harvest by Drakes Crossing Nursery and the other half Hupp Farms harvests Christmas trees. The Nursery currently harvests around 3-4 Million seedlings per year.

Growth and education throughout those years has made the Nursery one of the trusted suppliers of Christmas tree and conifer seedlings to customers all across the United States. Being family-owned and operated guarantees dependable, consistent quality from year to year. The Nursery believes that using superior seed sources from our seed nursery and growing at an elevation closer to the tree’s native habitat area ensures healthy, beautiful trees for years to come.